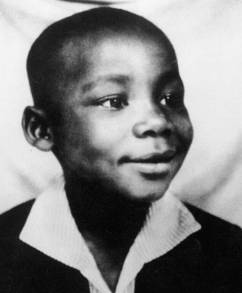 Momsrising knows how to party. We also know recognize the power of Children. On the weekend of Martin Luther King Jr. birthday we celebrated his legacy with some of Charlotte’s most amazing people, the youth. Did you know that Martin Luther King, Jr. was born January, 15, 1929 as “Michael King Jr?”

However, his father changed their first names to Martin and added “Luther” to his name as well as his son’s name. And both his father, Martin Luther King, Sr., and his mother, Alberta Williams King, were reverends.
Though he had a generally good childhood, from a young age, King saw firsthand the tough realities of the Jim Crow laws: the King family was ushered out of shoe stores because of their race, and he lost a young friendship due to racial differences.
He was a great student. He was admitted to Morehouse College at the age of 15. King graduated from Morehouse College in 1948 with a B.A. in sociology.
After graduating from Morehouse, King enrolled in Crozer Theological Seminary in Chester, Penn., and then also enrolled in the University of Pennsylvania. He was very successful at both schools and received many recognitions and awards. After graduating from Crozer, he began doctoral studies in Systematic Theology at Boston University in 1951, and then completed his doctorate in 1955.

Can you imagine raising a child like him? I often wonder what his parents did to support such a powerful child despite the social distractions.

To set the kid friendly tone, we played Dr. Kings speech,” If I Had Sneezed.”  Following was a storytelling by 12 year old Sybirah. Yes, I said a 12 year old storyteller. 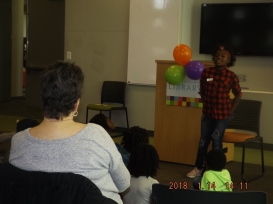 Storyteller Sybirah- Anasi And The Snake

Her powerful story was about the notorious Anasi. She was poised, articulate and engaging! The children listened to her every word! After that, children’s book author, S.Cherie read ‘Freedom On The Menu’ and ‘If Kids Ruled The World’. Those books proved to be a great lead into the on going craft workshop with Flo, of We Chic’d It.

It almost looked like an elf workshop, as paint, rocks, slabs of wood, and stencils filled tiny hands. Parents assisted in creating inspiring and beautiful pieces of art worthy to be posted on the families wall. Peek at some below.

Later we enjoyed music performances by Brandy. and Niles, a 5 year old trombone player. You can watch both original videos online. Click here! And here!. 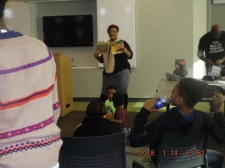 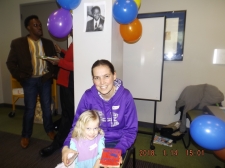 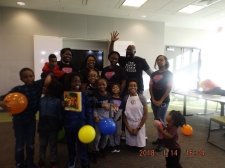 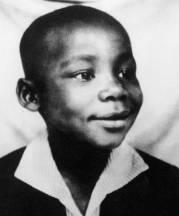 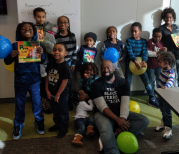 Like any good party, it is not complete without the birthday song and cake! One word, YUMMY! Oh, and Stevie Wonder would have been so proud to hear the children singing his song, that he wrote for his friend Martin. It was so harmonious! (listen to Stevie here.)

Before I end, let me give a big thanks to Momsrising’s generous co-sponsors and community supporters: Flo of We Chic’d It, The Black Ferris Bueller, Queen City Stay At Home Moms, Memorable Moments By Lee, and Imagine Publishing! Together we followed the blueprint of creating powerful children.