The number one weapon we have against bad information and advice is to SQUASH IT LIKE A BUG! By perpetuating myths, we only continue to make things harder for black breastfeeding moms in the future.

When we think about breast-feeding, we imagine an infant at her mother’s breast. But in previous eras, mothers who could afford to do so enlisted other women (poor women, slaves, immigrants) to breast-feed their babies. This was the “natural” order of those cultures. But something went wrong. It seems that somehow we’ve lost our way. Black Breastfeeding Week is not, I repeat, is not a week to have more of the white versus black argument. It’s not a week to get white women to notice black women breastfeeding, or even to get white women to acknowledge the fact that black women do breastfeed. It’s a week for us black women to bring awareness to other black women that, yes, we need to no longer let historical trauma hold us back.  Now about smashing them bugs… here 4 myths that need to be smashed! 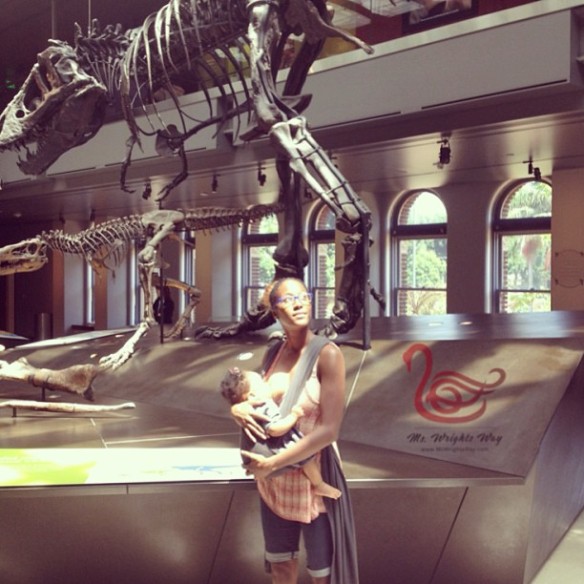 “There is no money to be made in breastfeeding. The infant formula industry is run by the pharmaceutical companies, and there’s a huge profit motive,”

1. Myth: Moms with small breasts can’t make enough milk.   Truth: Breast size doesn’t matter.  Milk production has nothing to do with breast size.  It’s even possible for women with smaller breasts to have an oversupply of milk! Following your baby’s lead and nursing whenever your baby cues to feed will help to ensure adequate production of milk.

“My baby was allergic to my breastmilk.”

Now, before I outright say this isn’t true, it can be — but the chances of a baby having the only true allergy to human breastmilk or lactose in any form, called galactosemia, affects only 47 babies in the US per year… however, 150 people die annually from a falling coconut hitting them on the head. – The Stir

2.Myth: It’s Normal for Nursing to Hurt. Although it’s common to feel discomfort at first, pain is a sign that your baby isn’t latching onto your breast properly. Instead of focusing only on your nipple, she should be opening wide and pulling your nipple and breast deep into her mouth, using her jaw and tongue to massage milk out of your breast. Keep changing positions until your baby feels safe and secure. With a little time and patience, you’ll both get it right. (10Myths about breastfeeding added here for you to read later!) 3.Myth: Many moms can’t produce enough milk. Truth: The vast majority of mothers can make more than enough milk for their baby (or babies!). It is estimated that only 2-5% (some believe this number is lower, closer to 1-2%) of women are truly unable to produce enough milk for their baby. Our species never would have survived if we weren’t able to provide for our young. Low milk production is usually the result of not enough stimulation of the breast from nursing or pumping.

4. Modern formulas are almost the same as breastmilk. Not true! The same claim was made in 1900 and before. Modern formulas are only superficially similar to breastmilk. Every correction of a deficiency in formulas is advertised as an advance. Fundamentally formulas are inexact copies based on outdated and incomplete knowledge of what breastmilk is. Formulas contain no antibodies, no living cells, no enzymes, no hormones. They contain much more aluminum, manganese, cadmium and iron than breastmilk. They contain significantly more protein than breastmilk. The proteins and fats are fundamentally different from those in breastmilk. Formulas do not vary from the beginning of the feed to the end of the feed, or from day 1 to day 7 to day 30, or from woman to woman, or from baby to baby. Your breastmilk is made as required to suit your baby. Formulas are made to suit every baby, and thus no baby. Formulas succeed only at making babies grow well, usually, but there is more to breastfeeding than getting the baby to grow quickly.

Enough on the soapbox, goodnight all! QCSUPERMOM 🙂