I know a real life person that visited Ghana. After lurking on my lovely cousin’s page for hours, I decided to share what I found. This will be a 2 part story, coming all the way from a backseat view of Ghana. As always I’ve listed additional links on the topic at the very bottom of this post.

Okay, so let’s go to the Motherland shall we?

In a time where many are focused on saving money and discovering great places in their back yard. My beautiful cousin/ niece, Akilah Edgerton counts down the months, weeks, days till she can leave the U.S. It seems that she goes a couple of times a year.Just recently I’ve began investigating what draws her back to the same destination time after time. As most woman want to see as much of the world as possible before having children. Whatever it is, it had to be wondrous! A few days ago, I learned that wondrous was an understatement.  Ghana is sensational and Akilah shares the adventure.

From alluring meals to chats with the Ghanaian children.

What I was most impressed with during her most recent trip was the educational pursuits. Over there education is imperative. I haven’t visited yet but can only imagine how it feels to explore the land where civilization began. She mentioned how beautiful Ghana Highlands were and how teem some of the villages are. Sort of reminded me of the U.S. We too have prosperous areas and others …… um genuinely mangled.

So what brings her back time after time, her love for Mother Africa and…………… I’ll tell you more next week on “Wednesday Wow” – sorry guys. It’s way too much to add in one post.

More on the topic-

10 Signs That You Are Talking To A Ghanian

Something from the Darkside of Ghana 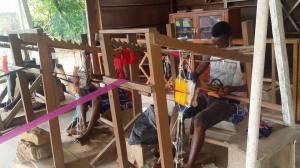 Motherhood is wrapped in many cultural meanings. Birthing and nurturing new life physically has led to a conflation of “feminine,” “maternal,” and “feminine spirituality” in many cultures and religious traditions. Motherhood has been painted as a sacred and powerful spiritual path.

One of the beliefs of the people of Ghana is that if the mother’s labor is difficult, she has done something wrong to a person and needs to go back to that person and make the problem right. Childbirth is the number one asset of womanhood in Ghana. Matter of fact it is believed that without birth womanhood is incomplete. Children are the parent’s old age security. Delivery is normally done in the home in the bathtub because it is easier to clean. The placenta is buried near the family house so that the child will not grow wayward. Forty days after delivery the child is deemed safe and then is named during a special ceremony.

But what about reincarnation?

The concept of reincarnation, that of an individual dying and then being reborn into another body, 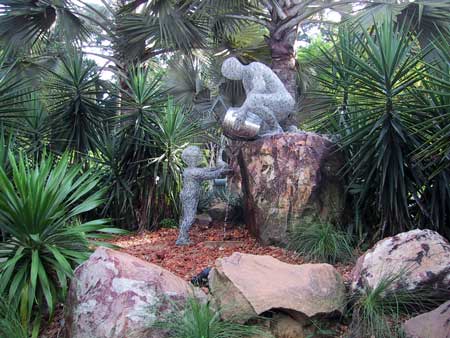 The Hmong people believe that when a man dies he is reborn as a woman and when a woman dies she is reborn as a man. Every child is seen as a reincarnated soul. The Shaman puts the soul into the child after he is three days old and places a silver necklace around his neck to keep the soul from wandering. If the child dies before three days no funeral is planned because the child had no soul.

African religions believe reincarnation manifests itself only in humans, not so much in animals or things. African reincarnation is vastly different than that of Asian religions. Hinduism and other Eastern spiritual beliefs weigh heavily on the need to obtain redemption or salvation.  Hindu followers and others find the Western perspective problematic and unjust. Reincarnation, however, in Eastern traditions is based on morality, meaning a soul that has been reincarnated lives a life according to the way it lived its past lives. African reincarnation is based on the continuation of power through ancestry because in many beliefs, a soul is reincarnated into the same family.

Another scholar says that partial reincarnation is also prevalent in Africa, meaning that a part of a soul is reborn through features and personality traits of babies, while the other portion of the soul continues to live in a separate existence.

Now why would I be thinking about this topic??? It’s time to take a pregnancy test. 6 years ago, my oldest daughter past. We had a son. 2 years later, my mom past; we had another boy. About two years ago my grandfather died……and guess what? Yup, another one. Well, I just found out that one of my favorite aunts is in hospice………..we’ll see!