They came & they conquered!

Creeping through the crowd, Mickey and Minnie Mouse got the show started. That’s where the Pirates and Princess argument began. They asked which is better — princesses or pirates. Of course my sons yelled “Pirates!”

Jake and the Never Land Pirates

Sofia the First takes the stage. We seen all of our favorite characters from the hit series – her siblings, Amber and James, her parents, King Roland and Queen Miranda, Baileywick, and even the three fairies from Sleeping Beauty, Sofia’s instructors at Royal Prep.

There was even a guest appearance from Cinderella!! At one point, bubbles were blown over the crowd, delighting many little guests. A lot of familiar songs kept the show going flawlessly.

After a brief intermission, some Pirates snuck into the crowd and pulled a few children up on stage for a sing-along. Even I was singning! This lead to Jake and the Neverland Pirates act. We got to see Jake, Cubby, Izzy, Scully, Captain Hook, Smee, Sharky and Bones, the Crocodile, and a crew of pirates. The gang had their typical adventure versus Captain Hook and after Jake was imprisoned by Hook he was saved by the one and only Peter Pan, who made a grand entrance flying through the air! 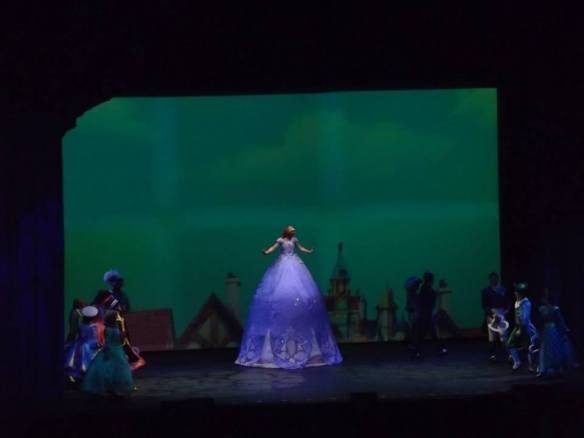 I was very surprised that my teen daughters liked it. My sons, I knew for sure they had a ball. Everyone was super entertained by all the dancing and singing and all the magical moments the show offered. The best part of the show was how the characters involved the kids* in the audience to be part of the show. They had the kids get up out of their seats to dance and sing-a-long. Another thing I liked is how they incorporated high quality and compatible images on the back screen. It was a incredible addition to the show. I was most thrilled by the virtual ship steering stimulation the pirates led.

What a great evening out with the children.Can’t wait for the next Disney show!

Disclosure: I was provided tickets to an event and/or a product for review purposes. I was under no obligation to write a positive review or sponsor a giveaway in return for the free tickets or product. Any opinions express are completely 100% my own based on my experience and are not influenced by any form of compensation. 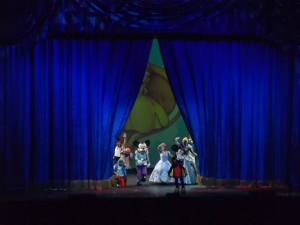 Til, the next sail,