If you are ever invited to and African wedding and it says the ceremony will begin at 3pm, show up at 5pm and you may beat the bride and groom there. 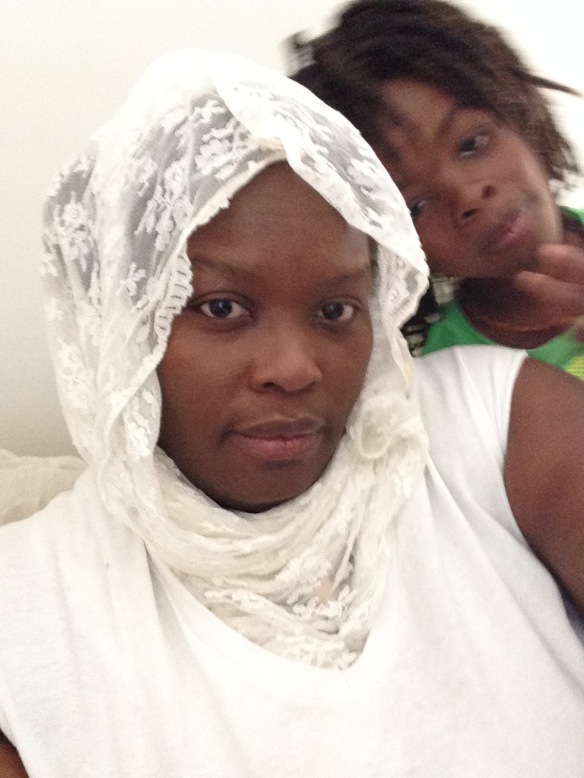 Over the weekend I attended a African-Muslim wedding and was honored for the experience. I didn’t know what to expect from an Muslim-African infused ceremony, so I did a little research before attending.

Although many Muslims stage a multiday celebration to mark a wedding, the traditional marriage ritual itself, called a nikah in Arabic, is simple and brief. It generally follows these steps:

At the wedding, which can take place pretty much anywhere, the bride and groom are separated in different rooms. They may or may not be able to see each other, depending on how conservative the families are.

An officiant, who can be any man familiar with Islamic law, heads to each room separately. There he asks the spouses-to-be if they consent to the marriage and if they are marrying of their own free will (a representative called a wali answers the officiant’s questions on the bride’s behalf).

The couple signs the marriage contract or license, with witnesses observing.

The officiant brings the pair together and pronounces them husband and wife.

The first thing I noticed  at the mosque was that the women and men sat separate from each other. Even the engage couple.  There was no wedding party and everything was pleasantly different than anything else I’ve ever seen before.  There was no solos, flowers girls, no bridal party walking in. As a matter of fact the engaged couple was seated for the entire ceremony until the dowry part. They did kiss at the end. 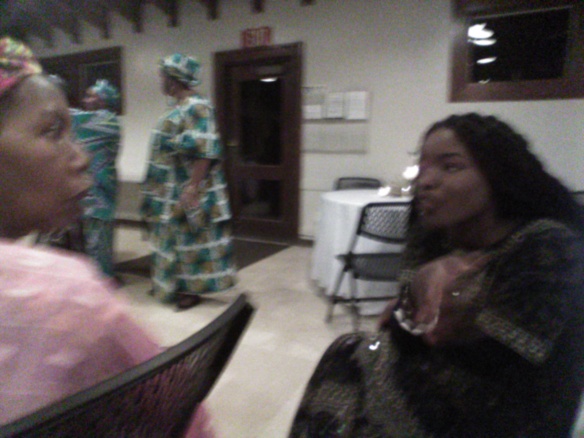 I took my daughter with me.

Now can we talk about the reception. More importantly the food! It was everything I ever hope for in a African reception. Joloff, spicy meats, crisp salads…..even the drinks were amazing. I loved the African Ginger beer. (Click here for the recipe) 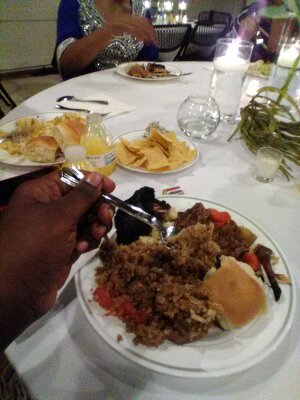 Ok, ok, ok, I won’t show my love of African food before I give you more details. –The reception included a very lively African dance by a all female group. I didn’t know  one word that was said, but their movement was very much so lovely and graceful!  Now when the families got on the floor, it was a wrap! I took off my shoes and got down with them! They know how to parrrrr-ty!  Line dances, couple dances, man dances…… it was amazing! Little did I know, Mrs Bride is a Delta. One of her sisters gave her the sweetest token of love in song (lip syncing) 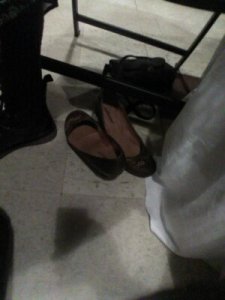 As the night progressed I seen first hand why this marriage will work. The families are loving.PURELY LOVING. The husband LOVES his new daughters. The husbands family LOVES their new daughter.AND THE NEW COUPLE adores each other.  I’m so glad I brought my daughter with me.

What I was most impressed with is how they spent their money. Nothing was over the top except for those dresses the bride wore. They were incredibly beautiful. Nothing was lacking. I think they did a great job  on the ceremony. I am so elated to have been a part of it ,and wish them nothing but the very best. Sorry, I haven’t shared any videos or closer photos. I haven’t received permission to release wedding details as of posting date. Once received, I’ll share them on our Facebook page (click here to go there now.) 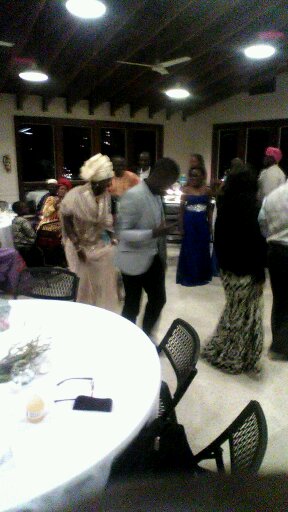 The Sweetheart Song by DELTA’s

another tear jerking Sweetheart song by the Deltas