You know a lot of people don’t understand the importance of having a gun control laws but I do. When I was 17 a lot of you may not know this, but I was a really hip young lady. And I went to a party at a local Club and this young man asked me to dance with him and I refused him.

It happened in 1992, I went to a party at Club 261, local club back home to celebrate much anticipated ‘Summer -Sum-mer, Summer -time Season. I guess we weren’t the only ones, the place was crowded with folks.  Out of the blue, this young man asked me to dance with him and I refused him.

Who knew that he would take it so hard? But then, I am Kelle! Lol, so going back to my fun time, I soon heard a loud, frustrated voice behind my head. It was the same guy, asking the same question, only to get the same answer. He was .”BIG MAD”  Minutes went by, and then the voice return it was like deja vu because everything happened again, but to my surprise, he came with a little package. Yes, a gun and he shot the gun towards my feet. Thank goodness no one was hurt. He lost all self-control. I went home that night and the next day we went to press charges on the guy. Come to find out he had no permit to carry. He failed the required testing to carry firearms. What if I was fatally shot? What if a bystander was fatally hit? and couldn’t return home that night? I know my parents love me. Other parents must love their child as well. What if This sick guy had no business with a gun.

It’s for these reasons we need real regulations and accountability for everyone that desires to carry a firearm. Even on the side of the state, there are perks to ponder. Can you imagine how much money there is to be made from people that just can’t pass the test?  If you feel the same way I need you to join Momsrising today. I’m with them.

Moms vs. The NRA: The Force Awakens!

We, the moms, dads, family members, and leaders of the United States, pledge to continue to fight for gun safety reforms to protect our kids our famil 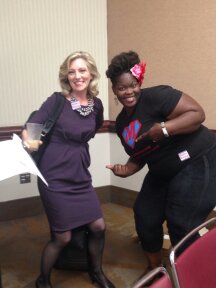 ies, and our communities, including

We also support funding for evidence-based community anti-violence programs that have proven to reduce the risk of gun violence in highly impacted communities. We support repealing Stand Your Ground Laws, common in many states, which facilitate racial profiling, casual gun culture, and are a huge step backwards for civil rights. We also call for federal, state and local reforms to curb police shootings of civilians with transparency and accountability.

Dear blog readers, rise with me for families scarred by gun violence. Support commonsense gun reform with a gift of $5 or more to MomsRising.