Hello Everyone! TGIF Right ? first off, let me introduce myself. I’m Deanna and today I’ll be doing my mom’s Friday Four blog so she can catch up on “Wednesday Wow”. So let’s get to it shall we?

My topic today is TEA 🙂 . Chamomile, Green, White, and Rooibos tea to be exact . Did you know that Tea is the second most consumed beverage in the world after water ? An average three billion cups of tea are consumed daily worldwide.

Tea, and in particular white and green tea, is praised for its many health  enefits, including antibiotic effects, anti-cancer properties, boosting of the immune system, lowering of cholesterol levels and improvement of cardiovascular health.

I’m glad I searched the facts on tea, because I had no idea!

Chamomile tea has been consumed for hundreds of years. It is made by infusing

German chamomile (Matricaria recutita), a member of the sunflower family, in hot water. But Chamomile is actually a flower , not an herb .

Better Sleep
Chamomile tea’s most well-known benefit is as a sleep aid. It is known for its relaxing and soothing properties and is often taken before bed to promote restful sleep.

Peter Rabbit’s mother was right to give him chamomile after he ate too much in Mr. McGregor’s vegetable garden.! Chamomile is helpful for a variety of stomach

problems. It soothes stomach aches, eases the symptoms of irritable bowel syndrome, promotes elimination, and assists in overall digestion. It is often found in teas for digestion in combination with peppermint.

Menstrual Cramps The ancient Egyptians used it to soothe menstrual cramps and now science is catching up. One study found that drinking chamomile tea raised urine levels of glycine, a compound that calms muscle spasms. Researchers believe this is why chamomile tea helps menstrual cramps. so it comes in handy for us females 😉 .

It’s difficult NOT to brag about green tea.

More than a decade’s worth of research about green tea’s health benefits — particularly its potential to fight cancer and heart disease — has been more than intriguing, as have limited studies about green tea’s role in lowering cholesterol, burning fat, preventing diabetes and stroke, and staving off dementia.

aware of. Some of these benefits are still being debated, so please do your own research if you want to use green tea for medicinal purposes.

will not give you all the abundant gains. The jury is out on how many cups are necessary; some say as little as two cups a day while others five cups — and more still say you can drink up to ten cups a day. If you are thinking of going down this route, you may want to consider taking a green tea supplement instead (it would keep you out of the bathroom)! 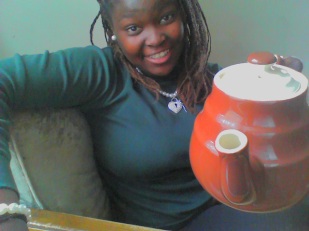 White tea has arrived in North America. While Chinese tea drinkers have been hip to white tea’s benefits since the Ming Dynasty, until recently it was virtually unknown outside of Asia. Not anymore. Today, everyone from chefs to medical researchers is praising white tea’s delicate flavor and purported health benefits. Market researchers predict consumers will soon share their enthusiasm, turning white tea into one of the hottest new food trends.

But, what is white tea? Most tea aficionados know that all tea comes from the same source: the Camilla Sinensis tea bush. Whether a tea leaf winds up in a cup of green, black, or oolong tea depends entirely on what happens after it is plucked. Black tea derives its dark color and full flavor from a complex fermentation process

that includes exposing crushed tea leaves to the air for a strictly defined number of minutes. Tea leaves meant for more mellow tasting green tea are not fermented at all, but merely withered in hot air and quickly steamed or pan-fried. A gentle rolling and final heating stabilizes the tea’s natural flavors. Oolong teas fall somewhere in the middle: partial fermentation gives them a distinct reddish color and a “flowery” flavor

Of course, nothing in life is perfect. Expect to pay more for white tea than other tea types – up to $25 US for a 2-ounce tin (40 to 50 cups) of Silver Needles. And, while many tea shops are starting to carry white tea, shopping online is still your best bet for the more upscale varieties.

And last but not least …Rooibos ! It’s called Rooibos (roo-ee-bosh), 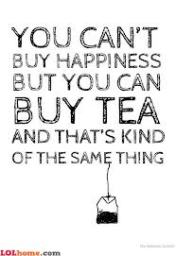 which means red bush. It’s delicious, super high in antioxidants. And it’s totally caffeine-free. Oh, and my mom loves it .

The leaves of the Rooibos plant, grown in South Africa, are used to make green unfermented and red fermented herbal teas. Used for centuries in Africa for its health benefits, Rooibos is available worldwide.Light and crisp, Rooibos can be sweetened or un-sweetened, with or without other flavors. I sometimes make a cup of Rooibos tea for my mom and add 1 squeezed lemon, which complements the tea nicely.

It isn’t difficult to live the high antioxidant lifestyle, taking in foods, herbs and teas that will protect your body in many ways, reduce the risk of various chronic and degenerative diseases and make you feel good. :)Drink Rooibos for taste or drink it for health. In either case, you’ll derive innumerable benefits.

Benefits: Red Rooibos tea is one of the best health drink or beverage for all those who care for their health and fitness. Some of the beneficial factors related to red Rooibos tea are as follows:

No Caffeine: Rooibos tea is totally caffeine-free, therefore it is recommended by doctors for insomniacs. A cup of Rooibos beverage just before going to bed can help you sleep better.

“Thank God for tea! What would the world do without tea! How did it exist? I am glad I was not born before tea.”

Till the next drop, QC Supermom’s Chocolate Drop- Deanna