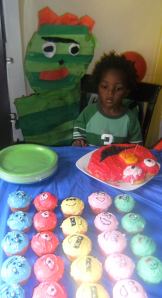 It makes me sick to my stomach, that my son’s birthday wasn’t celebrated in a peaceful setting as it would have been. Come on, you only turn three once and inspite of what the court just ruled,in the Zimmerman trial, we have to persevere, and that we did.

We had balloons,cake, ice cream, turkey wraps,100% juice, music, laughs, and each other! It worked. But my mind was still on the George Zimmerman case…as a mother of 5 sons alone, what else would be on my mind as someone else’s son was taken away so violently.

I don’t see it being called anything other than “Bull Crap!” “Stand Your Ground” is Not about shooting unarmed kids because you are getting your but whipped! I can’t wait for the followup charges to be filed on him!

Zimmerman was not a cop, just a man outside his own house carrying a gun. A young teenager, with a hooded jacket, gets a sweet tooth and jogged down to the store for skittles… A tragedy, the young teenager couldn’t grow into a man because of a grown man’s insecurities, having to carry a gun for courage… There was not justice for the boy (may he rip).

When it got in mainstream media, it became a racial case. I will never forget listening to the verdict while sitting with my daughters at dinner. We were talking about different laws at that same time. They were very conscious of what was going on in the Zimmerman/Martin case as well.. 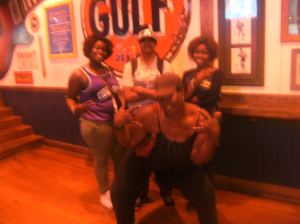 When we heard “Not Guilty ” announced on the radio & our hearts

broke collectively. One of the girls sat quietly thinking, one was ranting “Ma,they can just kill us like that? This is wrong!”,another said “so he goes free?” For me,In that moment, it was clear that in Florida, the black life has inferior value. As a mom I stand with Sybrina Fulton, Trayvon Martin’s mom, and with all the moms who’ve lost their children to gun violence. And so does Mom’sRising.(click here for their input)

Black parents hug your sons right tonight. Let them know their value. This ain’t a black or white thing this is a wrong and right thing.

This moment reminds us that we can’t look to others to see our value but we have to recognize our own value. We have to instill it in our children. This case  has caused us to notice the hope of a generation that has been broken trying to find its place in this world. We got to understand that we need to turn anger into action and pain into power.

Instead of a moment of silence, we raise our voices together. As Audre Lorde said,“our silence will NOT PROTECT US.”

It’s clear that the news of this verdict has shaken people up, and it’s definitely going to cause huge controversy with the justice system.I say BRING IT ON!

Justice for all, QC Supermom 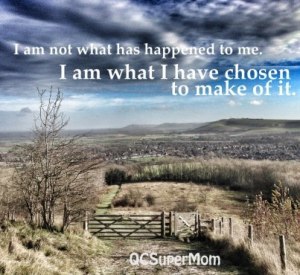