You’re Invited To The Party!! Help us celebrate Dr. Martin Luther King Jr. on Wednesday, 16 2019 at the West Charlotte Library, located at 2157 West Blvd, Charlotte, NC 28208. Everyone is welcome to this free community event sponsored by Momsrising and friends and hosted by yours truly!

MLK Day is a day to honor the civil rights crusader and is also great time to teach kids about his life and what the Nobel Peace Prize winner stood for. Local Charlotte families will be coming together once again on Wednesday, Jan. 16 to celebrate Dr. King’s legacy and to empower local children to be the change-makers of the future.

This year’s event theme is “His Dream: Fifty Years Later.”
Activities include storytelling for children, family-friendly live performance about Dr. King’s legacy, arts and crafts workshops, dance and more.
They will literally beat our anti civil rights pinata and through a roundtable, share how they would have reacted if they were in the shoes of Ruby Bridges and Dr. King. This highly engaging program is recommended for kids 3 and older.

Experts have said that helping young people become productive members of society involves more than sending them to school every day. As a community of parents, educators and caretakers, there are ways to look beyond the classroom to find community members who can help cultivate the next generation of innovators, leaders, entrepreneurs and change makers. If you are one of them contact me Kelle to find out how we can work together for our children’s future. Or say hello at this event. We hope to see you there. 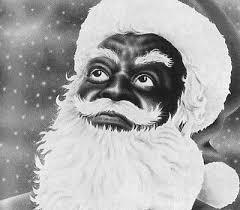 My most favorite Dr. in the world passed over the weekend. His message was easy to understand and live. Even his children books are wonderful.  His collection never failed me. Everyone appreciated his teaching style about life, money, morals and love. I’m talking about Dr. Wayne Dyer.

DR. WAYNE W. DYER was an internationally renowned author and speaker in the field of self-development. He wasn’t flashy in any manner.That 75 year old man was very soft spoken, fit and low key dapper.

Dr. Wayne, has been inspiring people since his first book was published in 1976. Since that first book, Your Erroneous Zones, was published, it has sold more than 35 million copies.

His most affecting teaching is taken directly from the story of Moses in the Old Testament: how saying the words “I Am” creates a direct connection with one’s highest calling. PBS

I learned about him on PBS (public broadcasting station) years ago. He participated in a fundraising campaign by sharing his strategies from ‘ The Power Of Intention.’I FELL In LOVE WITH HIM. I was buying books for myself, the kids, and even friend girls because his message was so easy to follow!

Dr. Dyer works encourage people to be the best they can be without worrying about labeling by society. For me, he said, forget about trying to be that bible thumping, long skirt wearing, southern christian; just love God/Universe, people and stop making excuses for not doing right.

Now his personal business: Dyer was separated from his third wife and had eight children. He was diagnosed with chronic lymphocytic leukemia in 2009 but claimed to have treated it with positive thinking, daily exercise and “psychic surgery” performed remotely by the Brazilian medium João Teixeira de Faria, better known as “John of God.” that is some faith huh?!

Let share with you 10 of his most inspiring quotes that are sure to give you the motivation you need to be a better you. ENJOY!

2. “You cannot be lonely if you like the person you’re alone with.”

3. “When you have the choice between being right and being kind just choose kind.”

4. “Practice being the kind of person you wish to attract.”

5. “Anything you really want, you can attain, if you really go after it.”

8. “You have everything you need for complete peace and total happiness right now.”

9. “Circumstances do not make a man, they reveal him.”

10. “You are not stuck where you are unless you decide to be.”

If you are just now hearing about him, all is not lost. You can still find his teaching all over the internet, libraries, bookstores and on a friend’s bookshelf.

Talk To You Later!